We welcome you and appreciate your participation at the 30th World Congress on Neurology and Therapeutics, which is going to be held during February 22-23, 2021 is a Online Webinar Event and will be organized around the theme "New Insights into the Neurological Effects of COVID-19"

Track 1: Neurology Insights and Innovations
Neurology deals with the treatment and diagnosis of all categories of conditions and diseases involving the peripheral and central nervous system. There is ample evidence that pinpoints neurological disorders as one of the greatest threats to public health. So, here we are to mark its significance by spreading the awareness among the people and also to encourage the brilliant ideas of our researchers globally

Track 2: CNS and Brain disorders
CNS and brain disorders are diseases that affect the brain and the central and autonomic nervous systems. As stated in the reports around 164 million Europeans has been facing brain and related disorders such as Alzheimer’s disease, Parkinson disease, Epilepsy , Eating disorders, Brain Tumors, Stroke etc. This session involves the diagnosis, treatment of disease or malfunctioning of the brain, muscles, peripheral nerves, spinal cord and autonomic nervous system, as well as the neural blood vessels.

Track 4: Clinical Neurology and Neurosurgery
It is admirable to discuss about clinical neuroscience as this focuses on the fundamental mechanisms of diseases and disorders of the brain and central nervous system and seeks to develop new ways of diagnosing such anarchy, leading to the development of novel medication. As per the estimates by the World Health Organization, neural disorders affect over 1 billion people worldwide, constitute 12% of the burden of disease globally, and cause 14% of global annihilation. Basing on the prevalence of diseases, the conference focuses on Post-surgical neuralgias, Brain tumour and metastasis, Oncological neurosurgery, Spine surgery, Neuroanaesthesia and surgery and Vascular malfunctions and surgery. Highest incidence rate of primary intracranial tumour was in Europe and the lowest rate in Africa. So it is requisite to enhance our knowledge on current neurosurgery methods

Track 5: Neuroinfections and Neuroimmunology
Neuroimmunology is a field of neuroscience, combining immune system and the nervous system. The immune system administers defence against these organisms, inefficiency of the same results in infections. The condition is much worse in developing countries; it has been a significant health problem in Australia.  Some 350,000 to 500,000 patients suffer from multiple sclerosis (MS) in the United States .The conference on neurology is a platform to put our heads together and thrash out the cause of Multiple sclerosis and auto immune neuropathies, Neuroimmunological infectious disease, Neuromicrobial disorders and Neurological Lyme diseases,  Neuroinflamation, Neuroimmuno genetics. This session also includes to group think the alteration in neuromodulation and psychiatric diseases and the recent Drug development in the field of Neuroimmunology

Track 7: Neurotherapeutics, Diagnostics and Case Studies
Various neurology conferences are held all over the world in order to enhance and empower the knowledge of neuroscience. The 28th World Congress on Neurology and Therapeutics that will be held at Germany in February 2019, addresses all areas pertinent to this endeavour concentrating on Novel Therapeutics and Diagnostics at the cellular and molecular level.  There is a profound increase in the diagnostics procedure and drug discovery in the field of Neurology.

Track 8: Neuropharmacology and Neurogenetics
Increase in technology and our understanding of the nervous system has lead to the development of drugs and medicines in the two main branches i.e. molecular and behavioural beyond our imagination that has continued to rise with an increase in drug specificity and sensitivity. The present conference also aims to educate the researchers on Neuroimmunopharmacology and Interference of pharmacological agents in neural disorder mechanism. Genes affect the wiring and working of the brain, which is the authority of all our rides. It is ultimately and solely the genes that give rise to a particular type of protein that may be beneficial or harmful that reflects the need of research in this particular field. 6000 and more emerging genetic disorders account for a significant portion of human diseases and conditions. Keeping the same in view the following sub tracks are designed to enlighten the thoughts related to Huntington's disease (HD) and related genetic disorders, Genetic engineering to overcome neurological problems

Track  9: Neurophysiology, Neuroimaging and Radiology
What seems astonishing is that engineering techniques like brain  engineering, or Neural engineering can be used to understand, repair, replace, enhance, or otherwise exploit the properties of neural systems  and Neuro computing is the study of brain function in terms of the  information processing properties of the structures that make up the nervous system. current researches in the field of neuroengineering include: Neural imaging and neural networking, Biomolecular therapies in neural regeneration,  Neurorobotics, Biological neural networking, Neuro hydrodynamics and clinical treatment, Engineering strategies for repair, Computational clinical neuroscience, biological-neuronmodelling, Behaviour of networks and  advanced therapies. People will also be enlightened on Advancements in brain computer interface and deep brain stimulation

Track 10:. Psychiatry, Psychology and Mental Health
It is focused on the integrated study of psychiatric & neurological conditions, on the treatment of individuals with these disorders. Neuropsychiatry supports the field of neuroscience and is used in better understanding of psychiatric and neurologic disorders and to examine the treatment and care of persons with neurological conditions, particularly those that affect behaviour. Many psychiatrists are Health care providers. Psychology is the field which deals with the behaviorism, mind, conscious and unconscious of the individuals. Psychologist also involved in research, teaching, consultation and even in forensic testimony.  They focus in the health and wellbeing of the patient, and there are few psychologists who works under the research how human being relates to each other and machine, and works to improve the relationship.

Track 11: Pharmaceutical Research in CNS/Neurology
Increase in technology and our understanding of the nervous system has lead to the development of drugs and medicines in the two main branches i.e. molecular and behavioural beyond our imagination that has continued to rise with an increase in drug specificity and sensitivity. current  topic to be discussed are New pharmacological approaches for treatment of neural disorders, drug development in cell signalling and synaptic spasticity, and the latest advancement in neuropharmacological therapy and drug development in this particular sector.

Track  12: Neurological Nursing
Neurological Nursing is a very challenging nursing specialty dealing with assessment, nursing diagnosis, and management of many neurological disorders in which nurses provide patient care. A Neuroscience Nurse assists patient with brain and nervous system disorders which includes trauma, brain injuries, stroke, seizures, tumours, headaches, infections, and aneurysms, as well as a host of other neurological complexities.

All accepted abstracts will be published in respective Conference Series LLC LTD International Journals.
Abstracts will be provided with Digital Object Identifier by Cross Ref
See more at: https://www.neurologyconference.com/

Posted by Michael Conferences at 02:50 23 comments: 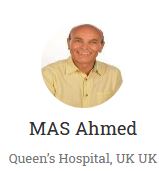 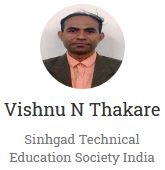 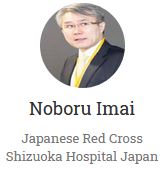 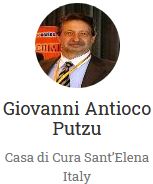 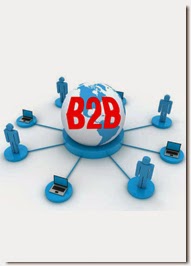 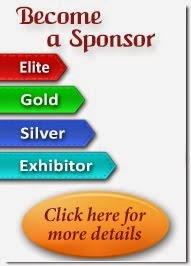